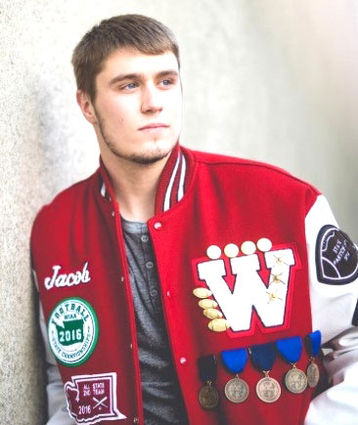 WAITSBURG – Thirty-three seniors will end their high school careers with a walk down Kison Court during Waitsburg High School's 121st commencement ceremony on Friday. Baccalaureate will be held at the Waitsburg Christian Church at 7 p.m. on Thursday.

Jacob Dunn is valedictorian of the Class of 2017, and Taylor Hays is salutatorian. Skylar Wood and Selena Mercado are honor speakers.

Dunn, son of Marty and Becky Dunn, holds the top grade average in a very competitive class with a GPA of 3.984. He will attend Washington State University, where he plans to study architectural engineering, a field he has been interested in since middle school.

Dunn was among a select group of Walla Walla area high school all-stars who played the Walla Walla Sweets in the Sweets Showcase Game on May 30. He was also a scholar-athlete finalist in the 2017 Blue Mountain Sports Awards.

Dunn was recently named Northwest District Exchange Student of the Year, and is currently in the running for the national award. He won the Masonic Junior Achievement Award in 2016. He has served as student body president, LEO's Service Club president and vice-president, National Honor Society vice president, and student council representative.

Dunn has attended Waitsburg schools since preschool and says the best part of his education has been the close-knit relationships he's developed.

"Going to school here, you really become part of the WHS family and get to know everyone while going to school," he said.

Dunn plans to work harvest for Rusty Lyons before leaving for college in the fall.

Taylor Hays, daughter of Chad and Heather Hays, has a 3.971 GPA. She will attend Walla Walla Community College and plans to earn her Associate of Arts degree before looking to further her education in the field of sustainable energy.

Hays lives in Dayton, but has attended school in Waitsburg since seventh grade. She has played varsity basketball, volleyball, and has been on the Dayton Swim Team for seven years. She is a scholar athlete and has received the Whitman County Swim League Outstanding Sportsmanship Award.

"What I've enjoyed most about my time at WHS is the one-on-one experience with the teachers and how personal everything is," Hays said.

When asked if she had any words of advice for fellow students Hays said, "Keep as many doors open as you can. Don't throw away any opportunities."

She will spend her fourth summer working at the Dayton City Pool before attending school at WWCC this fall.

Skylar Wood, son of John Wood, Jr. and Dena Wood, holds a GPA of 3.959. He will attend Eastern Washington University, where he will pursue a degree in secondary education, in hopes of becoming a high school math teacher.

Wood said the best part of going to school in Waitsburg is the people.

"I've really enjoyed getting to know the students and the teachers. I've had the opportunity to learn from the teachers and see different approaches, and to tutor and help fellow students. This is part of what made me want to go into teaching," Wood said.

He will work harvest for Dave and Diane McKinley before heading to Cheney to attend EWU.

Selina Mercado, daughter of Jose and Carla Mercado, holds a GPA of 3.749. She will attend Walla Walla Community College, where she will study business management in the hopes of one day being self-employed. 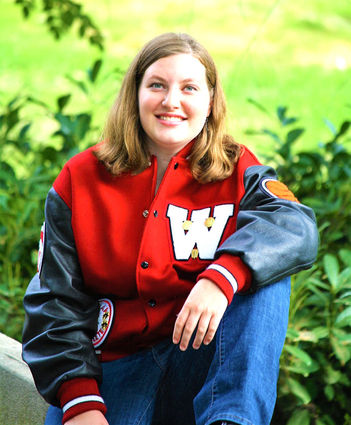 "I've always been interested in doing something like opening a Bed and Breakfast or operating a pastry shop," Mercado said.

Mercado is a member of the National Honor Society and has served as president for the Family, Community and Career Leaders of America (FCCLA) Club. She enjoys community service and has especially enjoyed projects like the FCCLA sock and jeans drives, where she was able to help others in need, she said.

Mercado has attended Waitsburg schools since preschool and says she especially likes how friendly and willing the teachers are to help students with anything.

"It definitely prepares you for your future," she said, regarding her high school education.